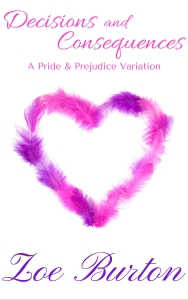 Elizabeth Bennet has received two proposals of marriage in the last twelve hours: one from her ridiculous cousin Mr. Collins and the other from the arrogant and disdainful Mr. Darcy. She turns both of them down flat. Unfortunately for her, between her mother’s insistence that she marry and some mysterious hold Mr. Darcy has over her father, she is forced to choose one.

Fitzwilliam Darcy is a man in need of a wife. He has searched high and low amongst the high society women of London but has yet to meet someone who combines all the attributes he requires. When he meets Miss Elizabeth Bennet in the small market town of Meryton, he finds her pointed dislike of him refreshing in its honesty. After observing her for a while, he decides he will marry her, and instructs his solicitor to investigate Mr. Bennet in the hopes of finding some sort of leverage to force her to accept him.

Though she chooses Darcy, Elizabeth is not happy. It takes weeks of being in his presence and learning his character, and the drama of people totally unrelated to her, to make Elizabeth see that that the consequence of her decision could possibly be a deep, abiding love.