As I write this post, it’s my birthday. I have struggled for two days with what to write, and finally just decided to ramble a bit. Thank you for bearing with me. 🙂 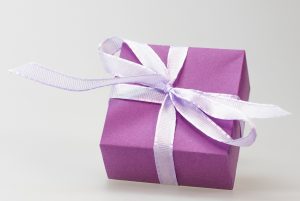 As I said, today is the anniversary of my birth, and it’s not going as I expected it to, largely because I totally forgot that I have to get license plates (that means a sticker, but the cost is the same, and so I just say “license plates”). This means that the funds that were going to be used to buy a steak dinner at Scooter’s By the Lake ain’t happening. I guess I should have deposited that check on Friday like my sister suggested. :/

Anyway, the first thing I thought to ramble about is a bit of a goals update. I just did one in April, but so far this year, it’s been a bit of a wild ride, and I thought another one would not go amiss. I’ve gotten another promo at Kobo since April. I had two books in a VIP customer sale. They were two rebranded books, and having them in the promo gave me a bit of a boost in sales. What always amazes me about those promos is that I still get more sales than normal of Promo books for a month or two after the promo has ended. I’m not sure why that is; perhaps those were sales that went unreported until the money cleared, or maybe people saw them, could not afford them during the sale, and bought them afterward. Whatever the reason, those extra sales make me happy.

Speaking of Kobo, sales on that platform continue to grow. It really takes a long time to grow “wide” sales, but I seem to be finally getting some major traction. The same is happening with Nook and iBooks, but at a slower rate. Being wide is a marathon, not a sprint. 🙂

I’m still adding things here and there to my website. I have added a book page, but it’s not exactly how I think it should be. It looks mostly like I imagined it, but I now think that I should have only covers on the main book page, and have a page that opens for each with the blurb and purchasing options.

and sometimes surprising, to see where it’s coming from. They give me a list of what sites have referred people to me. Mostly, it’s been Facebook, but sometimes it’s a search engine or other site. I don’t get a lot of sales outside of book releases, but I’m getting exposure. That’s golden, in my opinion.

I’ve still been a slacker in regards to promo. LOL. You’ll have that. 😉 I know I need to be more consistent in this area.

I’m getting set to release my third book this year. That makes three in six months. Not bad, really. I went through a bit of a slump in May, because of some personal issues. I still wrote, just not as prolifically. To finish the book, I have fallen back on my old “information dump” method. I just pour out words on the page and then go back and add details and conversations and things. I refuse to set a finish date for that book, because for whatever reason, if I set a date, it won’t get done. *Shrug* You’ll have that. 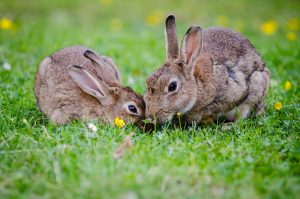 Now that To Save Elizabeth is coming to a close, I’m thinking about my next book. I’ve searched my lists of plot bunnies and made a “shortlist” of stories that might be fun to write. I just have to choose, now.

Also, I have two projects I’m planning for the future. One is a joint project with a bunch of other authors that I’m planning but not certain I will actually do. It all depends on how the new book goes. The other is a regular, non-JAFF Regency series that I will release under a different pen name.

Oh, that reminds me! I’m considering a change in how I do my blog stories. I am, as you know, always inspired by my friend Leenie, and she usually has two or three books going at once. I’m considering writing three books at a time: one for Thursday’s 300, one for a new feature called Friday’s Race to the Weekend, and one for Patreon. The Patreon story would always be written the fastest, because Patrons get whole chapters. The Thursday and Friday stories will be intended to last a long time on the blog before publication and so will be written more slowly.

On the personal front, I have grown a lot in my spiritual walk in the last year, and especially so in the last two months. I have discovered some startling things about myself and am trying to figure out how to navigate the world and still protect myself. Pretty cryptic, I know. 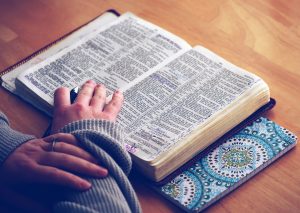 There has been a lot of prayer and listening to teaching tapes and studying books and the Bible, and it’s really paying off. I am in far better control of myself and my emotions now than I was before. This translates into being even quieter than I was previously, and totally not engaging in negativity on social media, no matter what. It also means God is able to bless me more. 🙂

Thanks for listening to my ramblings! <3