As a writer, I’m a member of many forums, websites, and groups, including groups on Facebook and other social media sites, and professional groups. One of the things I have noticed, with increasing frequency, is the negativity that seems to pervade many groups.

Now, a lot of people are probably nodding their heads in agreement. Sadly, many of those are part of the problem and not the solution.

As someone whose worldview is not typical for today’s society, I see things from a very different perspective. It pains me to see much of what is happening in the world, and not only in the secular world. There are groups of people who call themselves Christians that I also worry about. The jump in negativity is one of the bigger things I see that makes me uneasy.

I’m not going to get into specifics if I can help it. That would be making accusations and possibly judgments, and that’s not my goal, not here and not ever. What I do want to talk about, though, is the effect of negativity and how I’m fighting it in my own life. 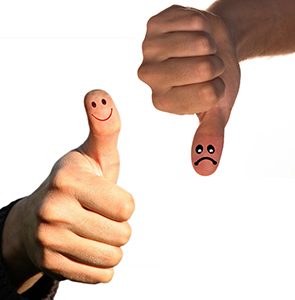 Again, I’m not typical, and we need to keep this in mind. But, negativity … brings me down. I become depressed and angry and … negative. Imagine that! <insert eye roll here>

People, negativity is like a cancer. It spreads from one person to another like a creek rising in a heavy rain, filling them up and spewing out of their mouths to add to the rising water. Sadly, many people seem to thrive on it. They get louder and louder in their negativity, eventually drowning out the voices of those who are doing their best to remain positive. Often, they make organizations and groups toxic, leading people like me to mute them or leave. They can’t leave a Facebook post alone, and I “pick on” Facebook, because that’s where it’s most obvious. Gone are the days when people just ignored things that set them off. Now, they feel that they are required to add their two cents’ worth to whatever post pops up next. Also, you can’t argue with these people. They are right, and anyone who has a different opinion is wrong.

Negativity also drains creativity, at least for me. Perhaps, if I wrote angry slasher books with mass murderers or something, it might help me write. Instead, it drains my will and ability to add words to a page. So, what’s a girl like me to do?

For one thing, I unfollow or leave groups that are dominated by people who are negative or whose topics cause me to become stressed. I’ve done it a few times in the last year. For example, there’s a historical fiction group run by an author who disparaged JAFF. I did not feel welcomed, and left. Now, she’s writing JAFF. Makes me shake my head. Between that and some of the conversations in JAFF groups I have seen, I’m ready to unfollow them all just to save my sanity. The negative nellies come out of the woodwork en masse in JAFF groups, and it causes me way too much stress.

There are three NASCAR groups I’m in. One I joined long ago, before I had grown spiritually to the extent I have now. Let me tell you, fans of my favorite sport are capable of being brutal. I can’t tell you how many times I’ve been accused of “not being a race fan” because I don’t like road courses, or of being an idiot because I don’t like a certain driver or three. I comment on posts very rarely in those groups and never start a thread in any of them. I’m considering giving up my all-racing twitter account for this reason. I mean, most of them are very nice, but they are also brutal about giving their unfiltered opinion of your opinion. I’m definitely leaving the one group on Facebook, because its whole premise is to hate Kyle Busch. Which, yeah, ok, I’d rather walk through a room filled with spiders and snakes than ever meet him, but I no longer feel that I need to spread that knowledge around and proclaim that I hate him.

Same is true in a couple of writer groups. Now, I tend to kind of come and go in any Facebook group. I might post (more likely comment on posts) regularly for a week or so and then sparsely for a month or two. Part of that is my own insecurities, and not feeling like I have anything worthwhile to contribute, and part of it is the way my writing schedule works out. Anyway, about half of them have strict rules about being nice. One of them will literally kick you out and block you, no questions asked, if you call people names or get rude. They have a rule (please forgive the language): Don’t be a dick. I like that rule. It’s too bad all groups are not like this one, which is probably my favorite. 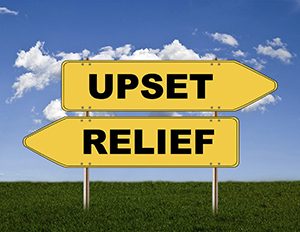 Not that other writer groups don’t have the same rules. Many do. It’s just that this group is … I don’t know how to describe it … militant, I guess, in their application of it. Trust me, I don’t say much in there. LOL I don’t want to inadvertently say something bad and get booted. I’ve learned too much from them. That’s my favorite writer’s group online. But my point is that that particular group is a safe haven, and almost every active member (more than 20,000 members, but not all are active) takes an active role in keeping the group focused and reporting abuse, including self-promo, which is strictly forbidden in the majority of the writer’s groups I’m in. I have unfollowed a writer’s group or two, for all the reasons I’ve mentioned above.

As I re-read my post, I feel it incumbent upon me to point out that I’m quite certain a large number of the negative people do not realize they are being that way. If I made a poll and asked every Facebook user I could find if they are a positive person or a negative person, I bet 99% would say they are positive, because they just can’t see the negativity in their own responses. I understand that, I truly do, but I wish with all my heart that their eyes would be opened.

So, I leave or unfollow groups that are too negative, both on Facebook and in real life. I do this with friends, as well, I should point out, though it’s far more difficult to do in real life. LOL I also know that I tend to be negative, myself, which is why I’m rather vigilant about avoiding it. I need positivity in my life. What about you?