I have once again found myself in the position where I have not written enough. Thankfully, this time I can say that I have written, almost every day. It’s just not been enough.

Word counts for January and February 2019

I released a book the day after Christmas. As always, it took me a couple weeks to get into my new story after that published. I wrote, sometimes 100 or 200 words a day, sometimes more, but not a lot. Then the third week in January, I felt like I had the story figured out and pounded out almost 10,000 words in four days. I was a happy girl.

Then, I noticed that the new release was not doing as well as I expected (and needed) it to do. Over the course of a couple days, I got really stressed, and as I have previously noted, when I’m stressed, I can’t write. It wasn’t until this past Friday that I even realized my problem was stress, to be honest. 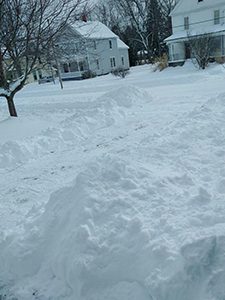 Obviously, stress can cause depression, especially this time of year. I have gotten lazy about God time, but I’m taking my vitamin D. I have my essential oils in my diffuser running off and on, I’ve been doing light therapy almost every day, and I have been exercising daily or nearly so. I don’t really feel like I’m terribly depressed, though I know that whatever I’m feeling, I need to get on the stick with God time again and quit being such a slacker. I honestly think my problem this time is just stress.

That being said, I did relieve one bit of it when I located a debit card I had misplaced. 🙂 Just acknowledging that I am stressed made me feel better, though. Also, one of my patrons upped her pledge. I cried with happiness over that. It went a long way toward relieving the pressure. 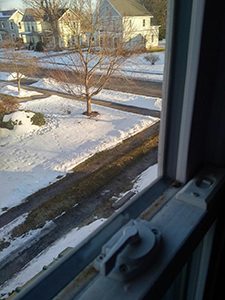 Now, today, Sunday, the sun was out, the outside temperature reached 51 degrees Fahrenheit, and the dogs and I got out to walk in the warm air. It was glorious and a big help to my spirit. The snow is melting, and while I know there’s more bad weather to come, it helps a great deal to have days like this. We’ve got one more day in the forecast like today, and then a cold front moves in, though it’s not going to be as bad as last week was, with temps in the negative numbers and wind chills even colder. Brrrr

So, what am I doing to fix my problem? First thing is going to be to get back in that God habit again, spending time with him in the mornings. I need that daily reminder that He is my source, not readers and book buyers.

Second, I’m going to skip around as needed in the story and write what’s easiest. Some scenes, especially those full of narrative, are easier for me to write. By skipping around, I can keep my word count up while I get my anxiety level down. The problem with that is that the current story is posting only on Patreon, which means I may not be able to post daily like I’ve been trying to do. So far, my Patrons have been very forgiving of my faux pas. Hopefully, they continue to do so. 🙂

Lastly, I have upped my vitamin D just a bit and will continue following my winter blues routines. I certainly don’t want to get mired in winter depression so late in the season, especially when I know today’s nice weather is not going to last long.

How is your winter going? Are you getting behind on anything because of either stress or depression?