I need to warn you that this is one of those posts I have mentioned before that has affiliate links in it. Clicking them costs you nothing, but may earn me a small payment. 🙂

This was supposed to have been published yesterday, but apparently, I forgot to hit the button! Oy!!

I missed last Saturday’s Longbourn Literary Society’s Society Papers Broadcast, because I was at a country music festival, waiting to hear my favorite singer, George Strait. I don’t regret going in the least, though I did miss my friends and interacting with readers/viewers. 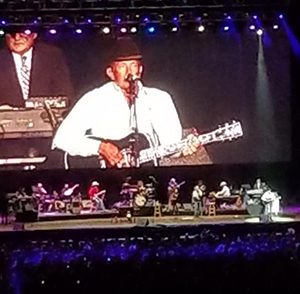 The topic of the broadcast was audio and visual media influences on our writing, so I decided to make that the topic of my journal post for today.

I confess I’m not one to listen to music of any kind while I write. I need quiet so I can think and hear the stories in my head. I’ve always leaned that way, but I think being alone for thirteen years has more to do with it than anything. It’s always quiet in my house unless it’s a race day. LOL

That being said, I have been inspired by songs to write stories. I have two or three short stories posted on forums that were inspired by country songs. I took “The Chair” by George Strait and turned it into a Regency short story. I began a modern version but got tripped up on one line … apparently, the song’s real lyrics go, “Can I talk you out of a light.” For all my life, I’ve thought it was, “Can I talk you out of a lie.” For the Regency, that was fine, for lots of reasons. But, for a modern, it won’t really work, and … I don’t want Darcy to be a smoker. So that’s as far as I got with that. LOL

I have two or three other short stories in my Bits of Ribbon and Lace book that were based on songs … country, of course. One is based on “Crazy Girl” by the Eli Young Band, and one is from “Loving You is Fun” by Easton Corbin. I greatly enjoyed writing them, and think I did a pretty good job, even though they’re both modern. 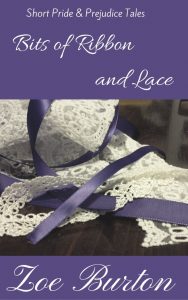 I’m almost certain there are phrases here and there in other books I have written that were inspired by songs, but at this point, I can’t name either book or song. LOL

As for visual influences … I don’t do a lot of using models for characters. I generally use Matthew McFadyen and Kiera Knightly as Darcy and Lizzy in my mind, if I feel a need for it. I’ve not been inspired by pictures or paintings to write stories.

I do sometimes look for a specific Regency dress or English house to help me describe one in a book. For example, in Darcy’s Secret Marriage, I made a Pinterest board that had a Scottish estate, some information and pictures about Gretna Green, and some pretty pictures of Scotland. Its purpose was to help me imagine what Darcy and Lizzy saw in the area. 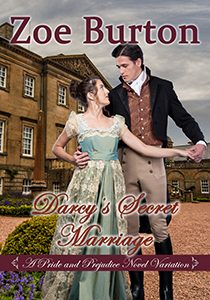 When it comes to my modern racing series, I do a lot of pinning stuff on Pinterest. I have a board dedicated to those books, and I add pictures of the tracks I have them visit, as well as pre-race, post-race, and during-the-race pictures to help me jog my memory. I often pin YouTube videos there, too.

It seems to me that Pride & Prejudice & Racecars is the book or series of books that I need the most visual representation for. LOL

What about you? If you’re a writer, what audio and visual things influence you?