This post will be the first Writer’s Journal post in July for this year, and that means half the year is gone. I’m not entirely sure where it went, but go it did. 😉

Since we are at the half-way point of the year, I thought it behooved me to take a look at my goals and see where I am. So, I pulled up my goals post from last December and took a gander at it. 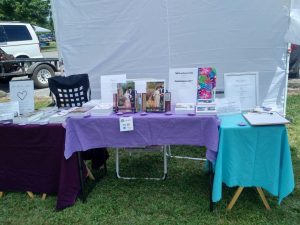 Under the category of things I want to stop, I had listed book signings and selling books at festivals. I have done neither this year, though I did sign up to do the Knights of Columbus vendor fair nearby in October. I was supposed to have a thing with the library, but it fell through. I feel really good about this category of goals, like I have done really well in stopping things, because there were a few activities I’d have liked to do but set my mind not to.

Under the category of things I want to start, there were a few more items than the stop one. LOL

I am using Dragon to dictate practice stories, but only sporadically. I tried using modern prompts to do Regency practice and struggled. I also have found that I’m not able to create stories really early in the day. I have to at least have food before I do this. Sometimes, the morning has slipped away before I get this activity in. That being said, I’ve been thinking about making a list of morning things to keep in the kitchen to help me get dictation practice and other things accomplished on a regular basis. I hope to come back in three months and be able to say I’m using Dragon every day.

I should mention that I do now have a digital recorder with a mic, so that’s no longer an issue. I get pretty good accuracy as long as I’m not stumbling around. In my mind, what I need to be focusing on now is getting words out fluently.

Next on the list was increasing word counts. I have not met this one. At all. I have done well at times and not at others. I ghost-wrote an entire novella while I was writing a novel of my own AND doing web posts. That took me a month. Since then, it’s been a disaster. I’ll keep working toward this.

The next on the things to start list was a Friday race story feature on the blog. That is happily buzzing right along. 🙂

I made a goal to buy my own print ISBN numbers. I’ve not gotten that done yet. I hope to in the next three or four months, but we shall see.

I believe I have improved my mailing list, which was next in the “start” category. I have done nothing specific to grow the list, but honestly, organic growth is best, anyway. Organic means people find me and like me and sign up for that reason. I did have someone sign up, get the first freebie, and then immediately unsubscribe. She missed out on a second book, but I guess that’s her prerogative. *shrug*

I have yet to make a single video for my Patreon $10 patrons. I’m going to make this a focus for this next quarter.

Now for my continue list. I am doing Facebook Live broadcasts every Friday evening in my Burton’s Babes reader’s group. I had to do them from YouTube for a few weeks, until I realized that my rarely-used phone app works for lives. Facebook suddenly could not find my laptop’s camera, and I never did figure out why or how to fix it. Instead, I now do them from my phone. I have to remember to charge the phone on Fridays before I do the live, though. LOL

I have not recorded more stories on audio and uploaded them to my YouTube channel, though I have begun once or twice. The problem with this is that I try to do them at night and all the really short ones are done. I’m often too tired after all my other work is completed to speak clearly and without stumbling. I might have to put this off until autumn or winter. 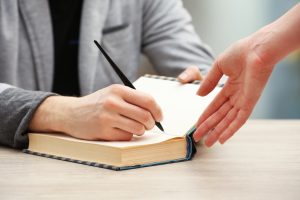 I am selling signed print copies of my books from my website. I am getting ready to order more books, so the store will expand a bit. 🙂

I have done more advertising on both Facebook and Amazon. I know my Amazon ads are working, but with Facebook, unless you break an Amazon rule, you just can’t tell. So, I do fewer Facebook ads at this point.

I have done very little promotion of my Gumroad store. I have no excuse. LOL

Not only have I continued the three weekly blog posts, I have expanded to five! Go me! 😀

Pinterest is still a hit-or-miss thing for me. *shrug* I get exhausted thinking about it. LOL

Professional development … I slacked off on this for a few months but have begun listening to The Creative Penn podcasts again, as well as the SPF Show. I have added Chris Fox videos to my list of PD activities, and have continued through the Ads for Authors course. I’m actually about 2/3 of the way through it. I also have a flight, a room, and a ticket for the 20Booksto50K conference in November.

Most of the podcasts I listed here are aimed at the business of writing, but I have also tried to improve my craft, though it has been done without books or podcasts or anything. I do have concerns that some people think I’m not interested in growing as a writer, but I am. I just don’t talk about that aspect as much.

The last big thing I mentioned was writing a book every two months. That has not happened. I know why, and like I said before, steps have been taken to make it happen, but some of the things I need to do to improve that must wait for me to earn more money. For example, a riding mower would cut mowing time in half and leave me far less exhausted than push mowing does (which would then free up writing time and energy), but even a decent used mower is $250-300. I have to be able to keep bills paid and then earn that extra in order to buy one. I have high hopes I’ll have one this month, though. We’ll have to wait and see. 🙂

As I have written this post, I have thought about a recent PD video I watched about planning for ninety days out. The lady uses a Kanban board, modified to fit her home office wall. I don’t know that I would use one of those boards, but the special ed teacher in me likes the task analysis part. I know if I implemented some similar sort of thing, I might get better progress. Certainly, it’s worth a try.

How are you coming along with your goals?