It’s been a while since I’ve done a Writer’s Journal post, but seeing as we just finished up the month of June, and I do have a couple goals, this might be a good time to make myself accountable. 🙂 I promise next week will be purple stuff again. 😀 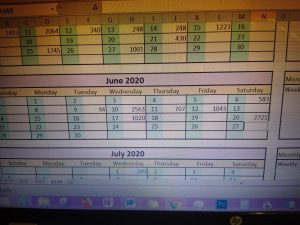 First, let me remind you all that this has not been a normal year. (Not like you need the reminder, I guess. You were there, too. Some of you still are!) Things suddenly changed in March, and I do not handle change well. The bakery, suddenly and without warning, closed to dining in. McDonald’s did, too, as did all restaurants. Two days later the library closed. I had been on a roll and doing well, then … crickets. 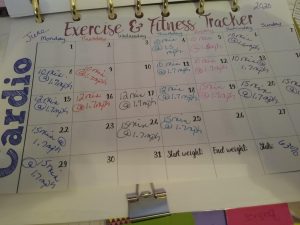 I’m now back to writing in the bakery, though they still are not open to dining in. If I want to eat, I take it to my truck, then come back in and write more. This is a very small town and with the lack of traffic due to people staying home, it’s fine for me to leave the laptop and everything else on the table and walked the five feet from the door to my truck. LOL

Anyway, I did manage to finish Darcy’s Uneasy Betrothal at home, for which I was grateful. However, starting a new story did not happen, and when the lady who runs the bakery found out, she insisted I come in and write again. So, I did. 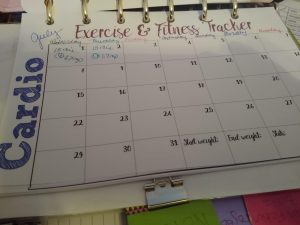 One of the reasons goal one has not been met is related to goal two.

I am currently at around 63% on the treadmill. That means I get on it about six out of every ten days. I was doing well before the stay at home orders but totally stopped after that. I’ve been back on for five or six weeks now. I still am only walking for 15 minutes, though. I need to up it; I think it’s about time. 🙂 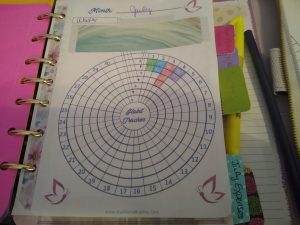 Any type of keto diet went out the window about a month into the shutdown. I’m trying to head back that direction now, because I do eat bakery food four days a week. LOL I have definitely noticed a lack of energy when I eat a lot of carbs, and since I dislike that feeling, it’s been easier to remember to eat more protein. A week’s worth of acid reflux in the night was a great reminder, as well. Especially when that week turned into nearly a month. :/

As for the rest … I have not even begun them. It’s in my head to do so, though.

I have taken other steps to better health. I have ordered a sit/stand desk and a large extra monitor. I have begun tracking my water intake and my sleep. I figured out really quickly that getting less than eight or nine hours of sleep was deadly to my productivity. That being said, it’s July 4th as I write this and I’m doing well with a basic eight hours of sleep. Back in March, when the days were shorter, I needed nine. I’m not 100% sure what that’s about, though I suspect it was part of my seasonal depression. We’ll see what happens this coming winter. 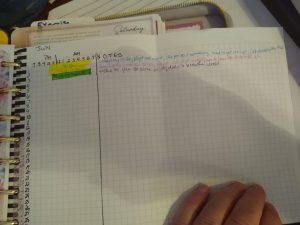 So, it appears that I have made some progress on my goals, but I wouldn’t say I’m halfway to meeting any of them, which is where I think I should be. I’ll have to buckle down and make them more of a priority.

Did the craziness of the last few months alter your plans, too? How so?