Welcome back to my journal!

As you may already know, I like to take time now and again to review my goals and adjust. I thought the first week of January would be a nice time to do that.

Let’s begin with an assessment of my progress on 2020’s goals (a list of them can be found here): BAHAHAHAHAHA!!!!!

Yes, I just laughed at my goals. Writing came to a screeching halt in April, got a jump start in late May or early June, and faltered again in July when the Nazi in Columbus Ohio’s governor mandated masks and encouraged people to rat each other out for not wearing them. I stopped going anywhere at that point, except into the post office. Just call me the Queen of Social Distancing. 🙂 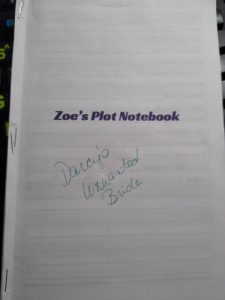 I quickly realized that I needed help figuring out why I could not write, so I took a class called Write Better-Faster. The class involved taking a couple assessments – the Meyers-Briggs was one – and looking at my systems and environment.

I learned that two of my top strengths were intellection and adaptability, which means that I process information by thinking and that I can easily adjust to changes. You’d think, “Oh, well, then … why is she not writing?” Trust me, I thought the same.

Well, we took another assessment that I think is called the DISC and discovered that I have a high need for stability (the S in the name). Like, my score for that was 94 out of what looks to be a 100 scale. I had not felt safe since March or April and that is what made me stumble.

The class taught me some strategies and made me aware of some things I was doing that were sabotaging me.

For example, I learned to keep my story always in front of me, because I need a lot of thinking time in order to write. I started keeping my plot notebook with me and reviewing the plot at least once per day, even on days I didn’t write. I also recorded myself reading the story, to a point, and listened to that. I got tired of that strategy pretty quick, but it worked very well.

I had already begun tracking my sleep before I took this class, but health was stressed to us. Was I eating right, sleeping enough, moving my body enough? Anyone who has read previous journal entries knows that the answer to all those questions was a resounding NO! I discovered from my sleep tracking that as long as I watched my diet and took medications to avoid acid reflux, and did what I could for my allergies, I slept well. I simply did not sleep long enough. So, I made an effort to get to bed earlier. I also forced myself to put down the electronics when I got in bed and when I woke up. (I had developed the habit of being on the phone before I fell asleep and immediately upon waking.) Soon, I was sleeping longer and feeling better. I discovered that I need at least nine and a half hours of sleep to feel my best, which means I need to be in bed and asleep by ten o’clock or so, because Jasper will have me up between seven and eight no matter what time I went to bed. LOL 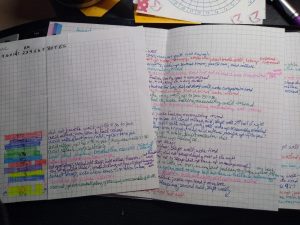 Some of my sleep trackers from last summer.

I had honestly not realized the difference more sleep would make in my life in general, not just in my professional life. I’m actually keeping up with dishes and picking the house up and doing laundry and stuff. It’s amazing! LOL

I still do not have a set writing schedule, but I’ve learned that high adaptability will keep me from focusing enough to have one. I’ve learned to fill in errand days with things like blog posts and newsletter writing, and then guard the days I have no errands and use them to binge write. This means that, instead of making Friday and Saturday blog post days, I’ll write those or set them up on Mondays, after I deal with ads, and slip them in on other errand days. I do want to devote at least four days a week to writing as often as I can, but I know that might not be possible. In a way, this is freeing. My number two strength is responsibility, and that strength makes me feel guilty for “not writing/working enough.” I can ignore that feeling now. 😀

So, all this means that I got a story written in the fall. Darcy’s Yuletide Wedding came out December 22nd. It was a huge relief. LOL

One of the ways last year affected me was that I ended up letting literally everything fall by the wayside. Joanna Penn, who I may have mentioned in previous journal entries, talked in her most recent podcast about the pandemic highlighting for her that she wants to do the things she loves, and she has cut out a lot of things that she didn’t want to do anymore. Now, obviously, she has been at this longer and earns way more money than I do. I still have to deal with ads if I want to sell my books, for one thing. However, there are things I can stop, and should, because I have found myself feeling overwhelmed and not wanting to throw myself back into the fray of working all the time.

I quit Twitter a year ago, and I’m giving long, hard looks at Instagram and Pinterest. I enjoy both platforms, but using them for marketing is just too much.

I don’t have the time, ability, or desire to make the artistic graphics required for Instagram. If it has to be more than a quick shot with my phone, it’s not going to work for me. I do enjoy it, and I may simply turn it into a personal account with my real name as opposed to my pen name, and keep it just for fun. I have already unplugged it from Facebook.

Then there’s Pinterest. I tried to make a board for every book, but my books are too alike to do that, in my opinion. And, making a pin for every blog post takes too long. (Remember that intellection strength? It means everything I do takes a while, because I have to think it through.) I have a personal account already, and I don’t think I’ll get rid of my Zoe account completely, but I need to reassess how I use it and if I should even try.

I gave up on getting people to come to MeWe, but I may try to share posts there more often, anyway. Who knows what may come of it someday.

I am going to focus the large majority of my social media time to Facebook: my author page, my Burton’s Babes group, and the Sigh-Worthy Romance Tearoom group I share with Leenie and Rose. To that end, I’m working on getting Hootsuite set up again. I may upgrade from free to paid, because while I need to be on Facebook and interact, I’d rather schedule posts outside of those interactions.

Then, there’s the blog. I already shared with my Burton’s Babes group that I’ll be changing it up again. I was going to do away with Mondays with Austen completely, but have decided to keep it, in a modified form. No big, researched posts. It will consist of previous Austen Authors posts, an occasional Jane Austen quote or product (with Amazon affiliate link), and one or more posts about the book I’m promoting that month. 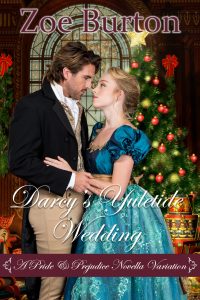 Click to read blurb and view purchase links at Books2Read.

I’m keeping Tuesday posts for now, as-is. I’m going to try to bulk-schedule those on a monthly basis. I’ll keep Thursday posts as-is, as well. I’m getting rid of the Wednesday purple posts. I may do one now and then and will probably do an occasional Writer’s Journal post, but there generally will not be one on Wednesday anymore. When I pick Race Book 4 back up, I’ll do Friday posts. No, I don’t know when that will be. I hope late this year but it might be 2022. Saturdays will remain news and updates day, at least when I remember to do them.

Also, instead of linking books to my website, I’m going to link them to the book page at Books2Read. If you happened to click on the book link in the first part of this post (or the cover image right here to the left), you’ll see that’s what I did. I’m tired of trying to convince JAFF readers to buy via my site. It’s honestly a big part of the reason I’m cutting back on the blogging. If y’all prefer to go elsewhere, I’ll accommodate you. I’m keeping the books page and may add a method of direct sales, but it’s not going to be anywhere near the top of my priority list.

Now let me think … I’ve covered what I learned in class, social media, and the blog/website. I guess what’s next is what I’m writing. I hope to write and publish at least four books in 2021. If I can do that, I will pick the race book back up. If I can finish that, it will mean I have gotten myself back on track, or nearly so. <3

Two of the books I intend to write are ones that I began in the spring and summer but dropped, and two are unnamed. The first I’m working on is Darcy’s Unwanted Bride. After that, I have an unnamed one whose plot bunny jumped into my head right around Thanksgiving, while I was writing my Christmas book. Then, I’ll finish Darcy’s Christmas Scheme. It won’t come out until October, but I want to pick it up again by July 1st. After that will come another story for which I have not even a plot bunny. LOL

It will only be after I have these four written and published that I will consider picking up the race book again. It will be the last in the series. If I write any more race books, they will be non-JAFF and put out under a different pen name.

I think that might cover everything. My newsletter will stay the same, hopefully without the screw-ups of 2020. I added a couple health-conscious features to my office; if anyone is interested in reading about them, they should feel free to drop me a comment below, or even email me, and I’ll write a post about them and share.

This has been a very long post. Thank you so much if you have stuck it out this far!

4 thoughts on “Writer’s Journal: A review of the year from Hades and a look forward to 2021”