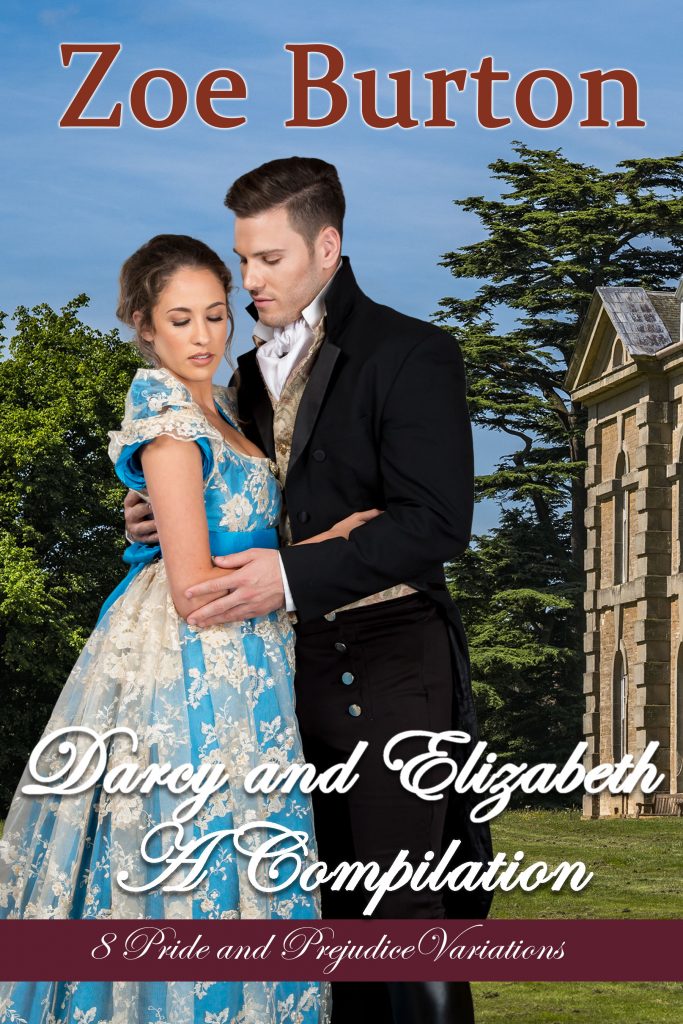 Elizabeth Bennet and Fitzwiliam Darcy have come together many times and in many ways over the years. In this box set, the couple faces numerous trials and vicious enemies as a couple.

I Promise To… In this 'Pride and Prejudice' novella, Elizabeth Bennet has known Fitzwilliam Darcy since both were very young. When she flees Longbourn and an unwanted suitor, her uncle and his father arrange a marriage between the two.

Promises Kept This novel follows Fitzwilliam and Elizabeth Darcy through the first year of their marriage. Not everyone is happy with the marriage, and trouble comes quickly upon them. Dealing with jealous ladies and scornful gentlemen in London as well as illness and injury at Pemberley, they grow together as a couple while Elizabeth regains the confidence she has lost.

Lilacs & Lavender: Elizabeth meets Darcy again in London, after learning Wickham’s true character. Their love secretly blossoms in Kent. However, not everyone is pleased when they decide to marry and trouble follows them, threatening to tear them apart.

Mr. Darcy’s Love:  Elizabeth is injured shortly after hearing Darcy insult her at the Meryton Assembly, and loses her memories of the incident. Without her feelings of offence, their relationship starts out on a better footing, which in turn leads Elizabeth to react differently to those who would try to derail their happiness. This story contains a non-graphic attempted sexual assault scene.

Darcy’s Deal: Darcy and Elizabeth’s marriage is arranged by her godfather, a peer and political associate to Darcy’s uncle. Giving up their dreams of a love match, can these two strangers find happiness in a marriage of convenience? Or will others separate their fledgling bond before the marriage begins?

The Essence of Love: Darcy and Elizabeth meet through the machinations of her sister, Mary. They make an immediate connection, and when Darcy proposes, Elizabeth is eager to accept him. Two people from Darcy’s life are determined to step between the couple; Darcy puts them in their place and both go on their way, but one returns for revenge. When Elizabeth goes missing, Darcy tears the county apart looking for her. Will he find her in time, or will she be lost to him forever?

Decisions and Consequences: Elizabeth Bennet has received two proposals of marriage, neither of which she wishes to accept. However, refusing both is not an option.

Fitzwilliam Darcy finds Elizabeth’s pointed dislike of him refreshing in its honesty, but convincing a lady who dislikes you to marry you is going to take some work—and some scheming.

Matches Made at Netherfield: Though Fitzwilliam Darcy finds Elizabeth Bennet enchanting, he has no intention of making a match with her.

Elizabeth has even less desire to marry Darcy, for to her, he is no more than the slightly rude friend of her neighbor.

Forced to marry, can they alter their expectations or are they destined to live in misery?

If you love sweet romance, swoonworthy heroes, and villainous foes, and want to binge-read for a day or two, download a sample or buy now.