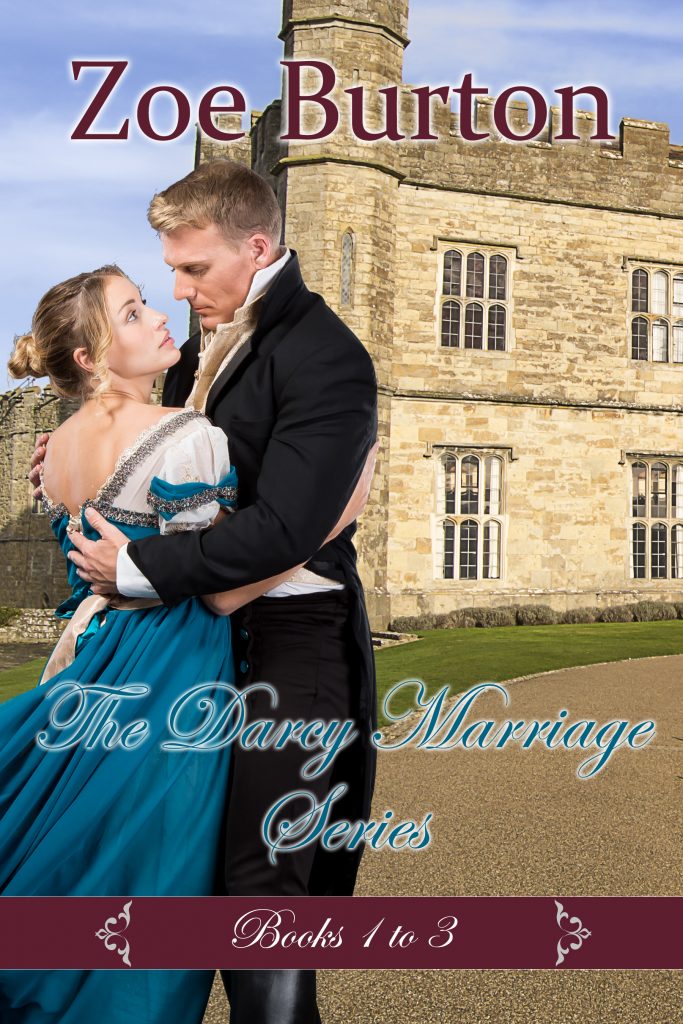 One couple. Three attempts to separate them.

When Fitzwilliam Darcy meets Elizabeth Bennet, who is visiting her aunt and uncle, in Hyde Park, he is intrigued. While Elizabeth is not the classic English beauty Darcy is used to seeing, he is drawn to her sparkling personality, not to mention her connections. The more he learns about her, the deeper in love he falls.

Though Elizabeth likes Darcy very much, she is certain that he could have no interest in her. However, despite her certainty of his indifference, Elizabeth falls in love with him.

As they begin courting, become betrothed, and eventually wed, they never consider that others might try to come between them. Nonetheless, that is precisely what happens.

Darcy's Wife Search Mrs. Bennet has never much cared for her second-born, but when Elizabeth becomes betrothed to Darcy, her dislike blossoms into hatred, threatening to come between Elizabeth and the man she loves forever.

Lady Catherine Impedes Having weathered Mrs. Bennet's attacks, Darcy and Elizabeth think they are safely married. Despite their belief, not everyone agrees, and a devious scheme is hatched by Darcy's aunt, her daughter, and Elizabeth's cousin, with the intent to separate the newly married couple.

Caroline's Censure Darcy and Elizabeth have already dealt with plenty of people who object to their marriage and would like nothing better than to settle into wedded bliss. However, Caroline Bingley, Darcy's best friend's sister, has other plans and will stop at nothing to cause discord between Darcy and Elizabeth.

This bundle of three novellas contains 64,531 total words and is 353 pages in print.